Make a difference today and donate $25! 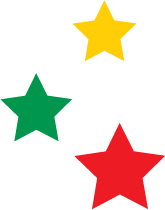 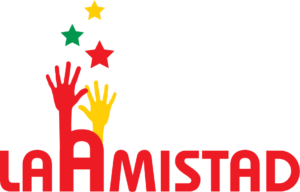 Story, Vision and Mission
At a Glance
Core Values
Advisory Council
Board of Directors
Leadership

The words la amistad are Spanish for “the friendship”. At LaAmistad, friendships between students and staff, volunteers, and fellow students are cultivated every day. Their impact can last a lifetime.

Our vision is that Latino students and families achieve life-long self-sufficiency.

To prepare Latino students and families for success through academic and life enrichment programs.

LaAmistad was established in Atlanta in 2001 by Bill Maness. Serving as the director of the Gym at Peachtree Presbyterian Church at the time, he noticed a need for neighborhood children to have a safe place to improve their academics and develop strong character. In 2006 LaAmistad became a 501(c)(3) non-profit to provide exceptional educational and life-enrichment services to children and their families. Today LaAmistad has grown into a holistic program that includes afterschool tutoring, parent education, English for Successful Living classes, and summer enrichment activities.

LaAmistad operates volunteer-led after-school programming throughout metro Atlanta focusing on specialized attention and community mentorship. The goal is to improve academic performance by catering to the individual needs of each student. Academic support is supplemented by summer enrichment programs and opportunities that provide students with career, cultural and life experiences. LaAmistad also offers counseling and family support services to students and families as part of a uniquely holistic approach.

We believe that parent education is as important as student education. Parents must be equally committed to their student’s academic growth and must pledge to ensure that their student graduates from high school. Our ongoing parent workshops provide caregivers with the tools and skills necessary to help their students achieve success both at home and in school. Parents are also invited to participate in civic engagement opportunities, helping to form strong community networks and reliable support systems.

LaAmistad’s 10-week English for Successful Living program provides adult students the opportunity to learn English online and at a variety of convenient locations.

LaAmistad is proud to partner with churches, schools, and businesses to provide environments that foster success. We believe that engaging students, families, and caregivers together as a cohesive unit establishes an environment in which every student has the opportunity to thrive academically, physically, and personally.

"Every touch, every time, no exceptions."

“The ability to speak with love, listen with patience and act with compassion."

“Grit, the raw endurance, hard work & tenacity that keeps you going despite obstacles.”

LaAmistad’s Advisory Council is a collection of the organization’s various stakeholders that represents students, volunteers, community partners, and many more. Membership is decided based on dedication and commitment to our mission.

To learn more about the advisory council or to become involved, please contact us.

Will Perez is Vice President of Compliance Business Control at Citi with responsibility in risk reduction through regulatory issue management. Since relocating to Georgia in 2009, Will has had a passion and deep desire to impact the community in positive ways. He is a previous recipient of the National Society of Hispanic MBA’s Rising Corporate Leader Award, has been involved in market-wide Latino strategic councils, and prior chair of the Hispanic/Latino Organization for Leadership and Advancement. Will is a graduate of The University of Georgia and resides in Kennesaw, GA with his wife Sary, and three children.

A native of Baltimore, Brad Maudlin has lived in Atlanta for 40 years and has a deep love for the city, especially the Latino community in Atlanta. After a dozen years as an educator where he taught Spanish and oversaw missional partnerships, he now serves as the Community Pastor at Trinity Anglican Church. His role is to connect people to others within the church community and to connect those people to opportunities to bless and serve the city beyond the church community. In his role, he works to advise & support church partners addressing the systemic issues facing the people of our city. Brad is a graduate of Westminster Schools, studied journalism and Spanish at the University of Georgia and received an MA in Counseling from Richmont Graduate University. He is married to Gillian and blessed to have three young children -- Emery (9), Tait (7) and Davis (5).

Rachel N. Bartlett is an Audit Manager with Nichols, Cauley, and Associates. Prior to joining Nichols Cauley, Rachel spent the past 12 years in public accounting firms that specialize in non-profit organizations. Through this experience, she has worked with many non-profits through auditing, accounting, and consulting. Rachel has prepared several accounting policies and procedures manuals for clients and has performed consulting services that allow her to make recommendations for improvements in various areas of internal control. She has also had the opportunity to help many organizations with their accounting and tax needs.

Rachel is a CPA certified in the state of Georgia. She has a B.A. in Business with concentrations in Accounting and Economics from Olivet Nazarene University.

Rachel lives in Lawrenceville with her husband, Andrew, and son and daughter. They are members at North Metro Baptist Church, where Rachel serves in the nursery and praise team.

Nicholas is a Partner at Dame Law P.C. with a significant track record of diverse experience in litigation, business management, and operations and financial management. He is passionate about solving problems and is a registered neutral with the Georgia Office of Dispute Resolution. His practice includes a variety of issues, including breach of fiduciary duty, breach of contract, and minority shareholder oppression, and he has been a Super Lawyers selectee since 2017.

Nicholas is a graduate of Leadership DeKalb, class of 2020. He is a member of his local garden club, which is part of The Garden Club of Georgia and serves on the board of the Pangborn Valley Civic Association. He is also pursuing his MBA at Georgia State University.

Outside of work, Nicholas is passionate about local food resources and the environment. In his spare time, he enjoys local farmers markets, entertaining, and spending time with his pets, all rescues.

His spouse, Jorge Cruz, is a pilot for Southwest Airlines. They enjoy traveling together, both domestically and internationally, and finding local experiences.

Ed is an Atlanta native and grew up in what is now the City of Brookhaven. He earned a BS at The University of Georgia. Ed has been a tenant representative in commercial real estate for 40 years, currently as a Senior VP at Cresa. He has represented clients in a diverse range of industries, including insurance, financial services, construction/engineering, healthcare, consumer goods, and technology.

Ed is a member of Buckhead Rotary and an Elder at Peachtree Presbyterian Church. He previously served on the Leadership Board of Buckhead FCA, host committee for the BCM annual golf tournament, fundraising committees at The Lovett School and was an Assistant Scoutmaster for Troop 232.

Ed is married to Nan Storey Easterlin and they have three grown children; Mallie, Clara and Ward.

Nicolás García is a Director of Treasury at UPS, with responsibilities in Cash and Liquidity Management, Capital Structure and Financial Risk Management. Prior to UPS, Nicolas was a Management Consultant in Finance with PwC.

Nicolas has always been passionate about education as a key driver for success. He believes that education has the power to open opportunities for people to accomplish their dreams. He has been a math and science tutor for kids and adults at various levels and was a math professor at the college level. He has been a volunteer for various organizations including Techo, Citi Foundation and Upchieve.

Nicolás was born in Bogotá, Colombia and is fluent in Spanish. He moved to the US in 2013 to pursue his MBA degree at the Goizueta Business School at Emory University where he graduated with honors in 2015. He now lives in Atlanta with his wife, Jane Zamarripa.

Cat DaCosta McAfee was born and raised in Attleboro, MA. After completing high school, she moved to Atlanta and attended Kennesaw State University. After a year, she transferred to Dekalb College where she received an associate’s degree in business administration. She then transferred to Georgia State University to continue her undergraduate in finance. After college, she started her own corporation, 13 Stories, LLC and toured all over the US for over a decade as the lead guitarist for 13 Stories.

McAfee also worked for Fundraising and Management Counsel as a Program Director in charge of management and execution of capital campaigns for non-profit organizations for nearly ten years. In 2000, she began working at The Gym at Peachtree as the Director of Skating and Roller Hockey and created one of the most successful hockey programs in Atlanta. Until 2005, McAfee taught skating to the LaAmistad children and helped find scholarships for the most advanced participants to attend camps or play in competitive leagues. In 2005, she became the Director of Athletics for LaAmistad.

In August 2007, McAfee became the Director of LaAmistad. She continued to study Spanish and has completed more than 300 hours of study at an accredited Spanish School, Instituto Chac-Mool in Cuernavaca, Mexico. In July 2012, McAfee was promoted to Executive Director of LaAmistad, Inc. Her responsibilities now include future growth planning, program replication, team leadership, fundraising, and management of volunteers and classrooms. Using what she has learned from her certification in Developing Capable Young People, her studies of Teach for America applications, and her experiences in fundraising, McAfee continues to take LaAmistad to even higher levels.

Her passion for the students, the families, and service to the community fuel her continued study and research of effective avenues of communication and learning between different cultures. She is deeply involved in the community serving on Atlanta Public School’s Advisory Committee, Georgia Coalition for English Language Learners and the Georgia Department of Public Health Brain Trust 4 Babies Committee. McAfee is also a founding board member for Atlanta Classical Academy, a tuition-free, open enrollment, K-12 public charter school opened in 2014 with a mission to develop students in mind and character through a classical, content-rich curriculum that emphasizes the principles of virtuous living, traditional learning, and civic responsibility. When Ms. McAfee is not at LaAmistad, she loves playing guitar, salsa dancing, wakeboarding, snowboarding and hockey.

Mario was raised in Miami, Florida by parents who fled Nicaragua during civil unrest in the 1980s. During his undergraduate studies at the University of Florida (UF), he spent a summer abroad reconnecting with his cultural heritage by volunteering with several grassroots development organizations in Nicaragua. The experience inspired him to dedicate his life to addressing issues of global poverty and social justice. After graduating from UF with a Bachelor’s in Political Science and certificates in International Relations and Latin American Studies, he began to explore the non-profit sector by becoming involved with various education and health-based organizations both domestically and abroad in Latin America and Southeast Asia.

In 2014, he enrolled at Emory University to pursue a Master’s in Development Practice degree with a focus and certificate in Human Rights.  In January 2016 and while still at Emory, Mario joined the ranks of LaAmistad’s staff as a Parent Liaison. After graduating, he committed to staying in Atlanta to continue his work with the local Latino community. Over time, his involvement with LaAmistad grew as he took on more roles and responsibilities which included ESL Coordinator, Grant Writer, and Administrative Assistant, until his promotion to the position of Program Director in July 2020.

When not dedicating his efforts to advancing LaAmistad’s mission, he enjoys being surrounded by friends, family, and nature, exploring different cultures through books and travel, and staying physically, mentally, and spiritually fit through exercise and meditation. 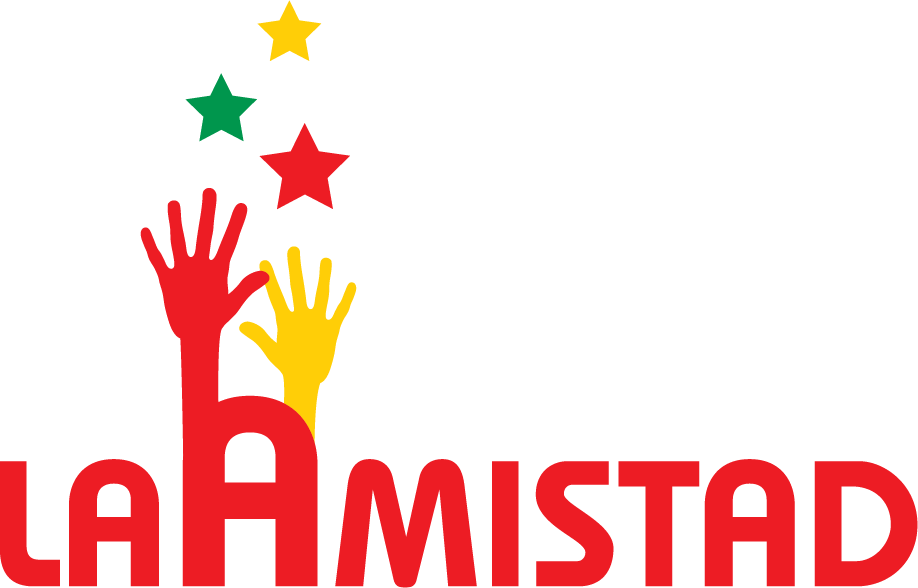